Photographers that have influenced me…

In a simple generalization, we have all been influenced in life by experiences or people who have been mentors to us, whether it was directly on indirectly.   I am no exception to this generalization, and I often refer to this as the learning curve we experience in life.   So now I would like to share with you, how specific photographers have influenced me.

First, lets start with Ansel Adams.  Many people look at him as the father of all modern photography.  The images that he was able to capture are still eye-catching to the admirer almost a century later.  Now from his style and technique, I followed one of his techniques closely “The Zone System”.  Adams biggest contribution to photography, in my opinion was the Zone System.  The Zone System was developed for negative film either black and white or color, (please note negative film can capture a much larger exposure range than slide film) to present the best tonality on the print.  Essentially, you would expose for shadow detail and develop the negative film for highlights following Adams Zone System.  Adams system is very elegant and he produced photographic images with exceptional tonality.  Now, if you are asking questions about how to  use or further understand the Zone System further, check out this tutorial http://www.luminous-landscape.com/tutorials/zone_system.shtml  I apply and use the Zone System specifically when I am shooting black and white negative film.

Group f/64 was created by seven photographers: Ansel Adams; Imogen Cunningham; John Paul Edwards; Sonya Noskowiak; Henry Swift; Willard Van Dyke; and Edward Weston.  The term f/64 refers to a small aperture on a large format camera.  When an image is captured with a small aperture setting, great depth of field is created, thus rendering a photograph that is evenly sharp from foreground to background.  However,  I shoot with a medium format camera, so the smallest aperture I am able to use is f/32.  I use the same technique as the f/64 club did, thus rendering my images with great depth of field. On landscape pictures in particular, I prefer the corner to corner sharpness in a photograph.

Donner Lake at -4 Minus

Now as time marched on, photography changed as well.  In the mid 1980’s, I recall a photographer, Galen Rowell (http://www.mountainlight.com/) coming on to the scene.  He was a rock climber and enjoyed mountain climbing in Yosemite Valley.  Even though Adams thoroughly photographed Yosemite Valley and the Sierras in black and white, Rowell’s style added a new appreciation of Yosemite Valley and the Sierras.  Rowell packed his Nikon on every mountain climbing adventure and he capture his visions with color film, specifically Velvia ISO 50.  At this time I was using Kodachrome ISO 64, and after seeing Rowell’s images, I began trying Fuji Velvia film.  Velvia would become my film of choice for many years.  Rowell’s photography also brought to my attention the importance of using neutral density filters to specifically capture early morning light and evening light.

Now as I matured as a photographer, another large format photographer has greatly influenced me, and that is Christopher Burkett (http://www.christopherburkett.com/).  I think of Burkett as the greatest vegetation photographer around.  I relate with him deeply in many ways.  We both use the same camera and we both use the same film (a rarity these days).  One of the most important lessons I have learned from Burkett, is paying attention to detail.  By paying attention to detail (light, wind, and to the smallest leaf in an image), Burkett’s photographs are incredibly sharp and produce absolute detail in his photographs.  I greatly admire Burkett’s work.

I find it ironic that in today’s world of digital photography, that three film photographers have left the greatest impressions in my mind regarding photography.  I shall continue on my journey of photography, reminding myself it is not the destination but rather the journey and see where my photography takes me. 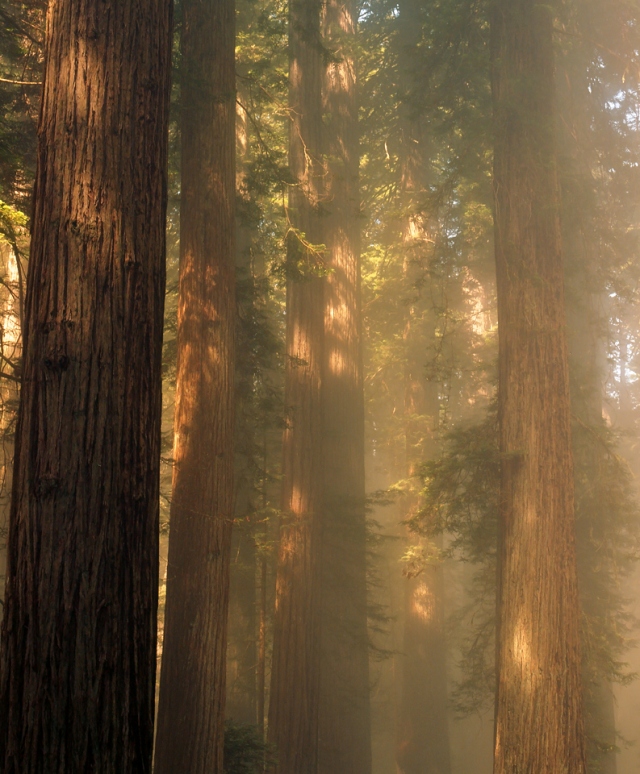 2 Responses to Photographers that have influenced me…